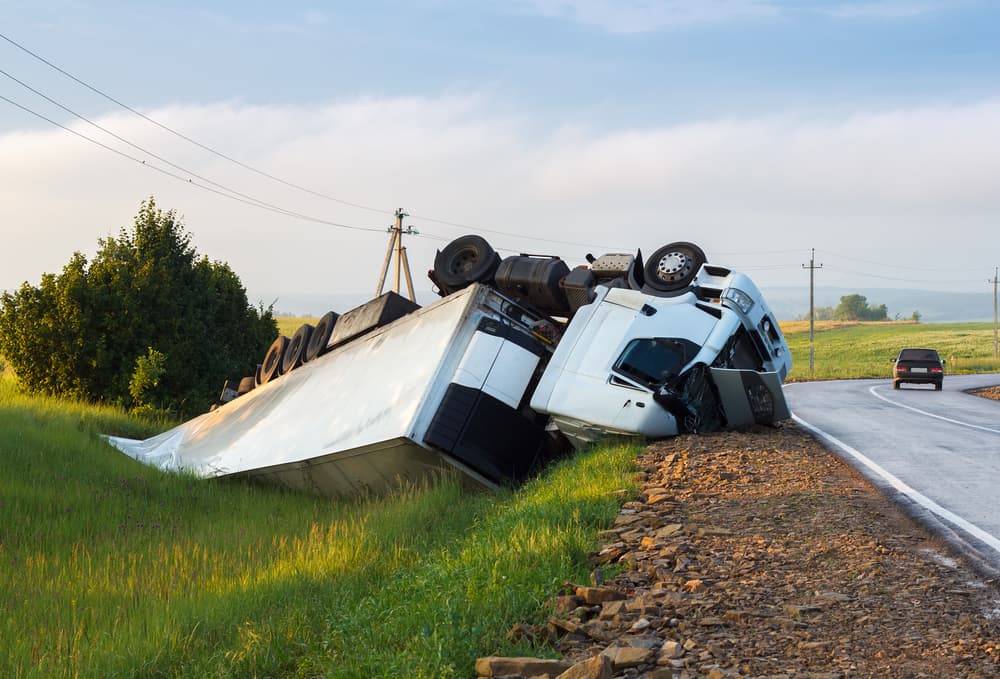 Alcohol and drug use by truck drivers is strictly controlled by federal and state regulations. A truck driver who causes a crash due to intoxication may be held liable, along with other parties, for injuries and property damage caused. If you’ve been hurt in a truck crash caused by alcohol and/or drug abuse in St. Louis, Sumner Law Group, LLC, can help. With over 50 years of combined legal experience, our attorneys will be ready to stand up and fight for you.

When you choose us to represent you, you will work directly with the attorneys handling your case. We will always be available to talk and answer questions. Learn more about how an attorney can help you pursue financial compensation after being involved in a truck crash caused by alcohol or drug use. Contact our firm today for a free initial case evaluation.

Regulations on Drug and Alcohol Use by Truck Drivers

Truck drivers are held to much stricter standards when it comes to alcohol and drugs than non-commercial drivers. A normal driver is considered under the influence if they have a blood alcohol content (BAC) of 0.08 percent. For a driver holding a commercial driver’s license (CDL), the limit is 0.04 percent. Like all other drivers, truck drivers are also prohibited from having any illicit substances in their system.

Any truck driver who violates federal alcohol use regulations is immediately suspended from duty for a 24-hour period. Truck drivers who are found guilty of driving any vehicle with a BAC at or greater than the commercial driver presumptive limit of 0.04 percent risk losing their CDL.

Testing for Drugs and Alcohol in Truck Drivers

Under federal regulations, all CDL drivers operating commercial motor vehicles, or vehicles with a gross weight rating of more than 26,000 pounds or that carry more than 16 passengers (including the driver), must undergo testing for alcohol and trucks. This includes all commercial truck drivers.

Truck drivers may be subjected to the following types of alcohol/drug screens:

Alcohol and drug testing may be conducted by urinalysis. A truck driver must immediately report to a testing center when directed to do so. In certain circumstances, a driver may be required to produce a urine sample under direct observation.

A driver has three hours to produce a urine sample. Failure to produce a sample in the absence of a medical explanation, or leaving the collection site without producing a sample, is considered a refusal of the test.

If the test comes back positive, a medical review officer will contact the driver to determine if the driver’s medical circumstances may explain the result. If none, the test will be deemed positive.

Who Can Be Held Liable After a Drunk or Drugged Truck Driver Crash in St. Louis?

Evidence That May Be Used to Prove Drunk or Drugged Driving

At Sumner Law Group, LLC, we may use many different pieces of evidence to prove that the truck driver who hit you was intoxicated. This includes:

Compensation for Victims of Truck Wrecks Involving Drug and Alcohol Use

If you’ve been injured in a crash that was caused by a truck driver’s drug and alcohol use, you may be entitled to compensation for losses, including:

Under certain circumstances, you may also be entitled to an award of punitive damages from the truck driver or at-fault parties. Punitive damages are not intended to compensate you for any loss, but rather to punish the truck driver and other liable parties for their conduct and to serve as a deterrent against others engaging in similar conduct in the future.

If you’ve been injured in a collision with a commercial vehicle in St. Louis that may have been caused by a trucker who was under the influence of alcohol or drugs, contact Sumner Law Group, LLC, today for a free consultation. A St. Louis semi-truck crash attorney can explain your legal options for holding the intoxicated truck driver and other at-fault parties accountable. Call us or contact us online today to get started.